WHEN: Saturday, September 14, 2019 from 2-4 p.m.
WHERE: Gallery One at Yester House, Southern Vermont Arts Center

Hiroshige, born Andō Tokutarō, in Edo (Tokyo) in 1797,  most notably known as Andō Hiroshige, was of the great masters of the color woodblock print.  It has been estimated that Hiroshige created more than 5,000 prints and that as many as 10,000 copies were made from some of his woodblocks.  Possessing the ability to reduce the pictured scene to a few simple, highly decorative elements, Hiroshige captured the very essence of what he saw and turned it into a highly effective composition. The prints shown at the Southern Vermont Arts Center are genuine Japanese woodblocks, meticulously reproduced from recut woodblocks in the 20th century, using traditional methods, each piece being “hand-pulled” like the prints of the old masters.

Detail from Hiroshige, Autumn Moon on the Tama River 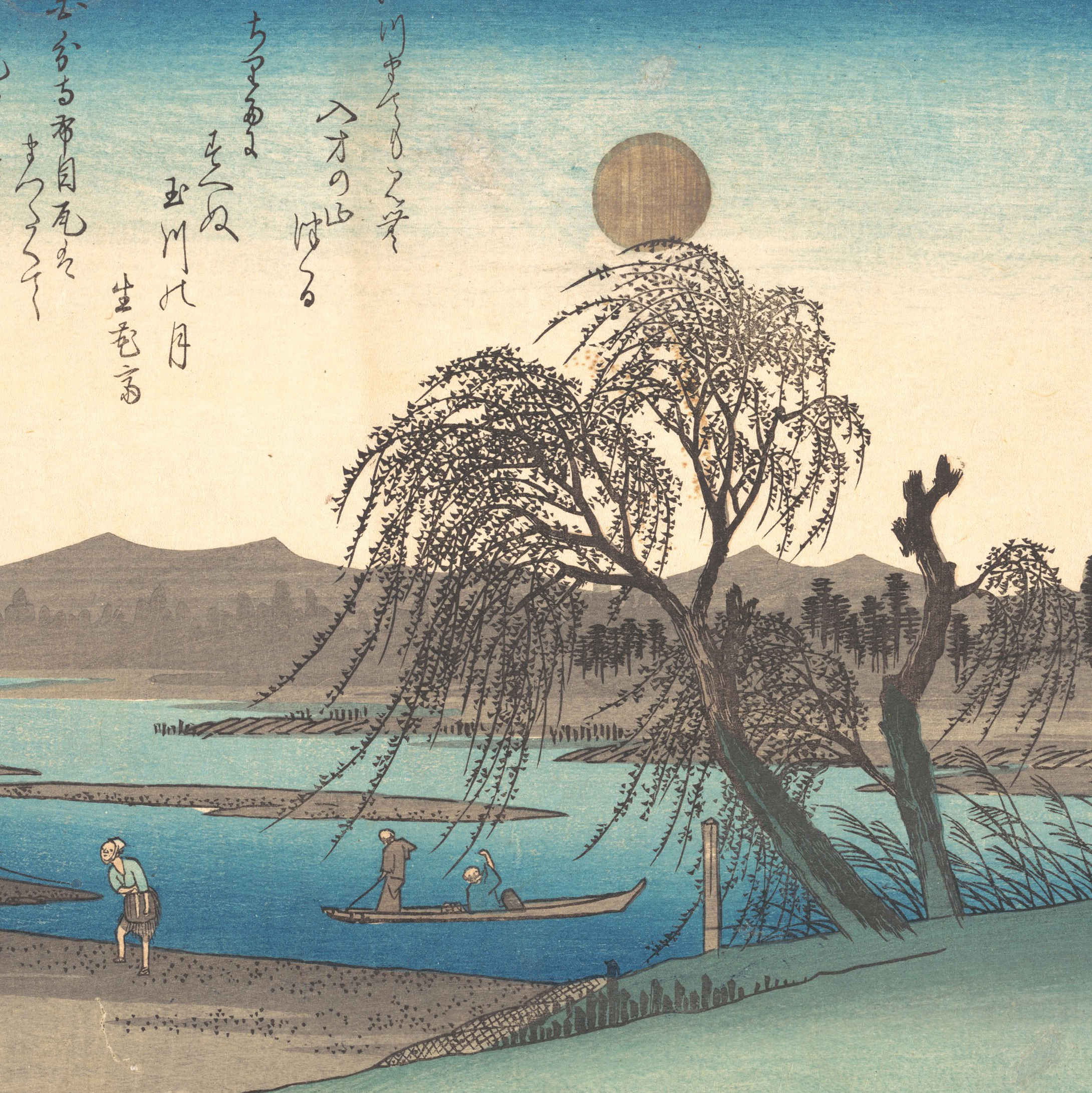