A presentation of Japanese woodblock prints depicting how the political climate during 19th century Japan influenced its art and how the art influenced that climate.

Featured in this exhibition is Hiroshige’s full series of the Hoeido Tokaido that elevated him to the country’s most esteemed woodblock print masters through his treatment of the landscape as the main subject. Over the course of 55 images, the series takes the viewer on a journey along the Great Tokaido, an important coastal road that connected Edo (now Tokyo) to Kyoto, more than 300 miles away.

The exhibition will also highlight Hiroshige’s development as an artist in addition to including works by some of his contemporaries and influences. The whole exhibit is from the collection of Steven Schlussel, an SVAC artist-member who has been collecting for over half a century. Most of the prints on view are modern reproductions of Hiroshige’s images, made from woodblocks carved in the 20th century to replicate the originals. Recarvings are an integral part of the history and continuity of ukiyo-e.

In addition, SVAC has invited New Hampshire-based artist Matt Brown to create a display using authentic tools and materials to bring to life the basic process of Japanese printing from multiple color wood blocks. A selection of Brown’s prints will be on display in the Wilson lobby.

Hiroshige Exhibition Tour
Sunday, February 27
1 p.m.
Join collector Steven Schlussel for an engaging tour of Hiroshige and the Changing Japanese Landscape. Learn about the “find” that launched his passion for Hiroshige and the Japanese woodblock print tradition. Meet in the lobby of the Wilson Museum.
NO REGISTRATION REQUIRED

Event image: Hiroshige, Spring Rain at Tsuchiyama, from the series Fifty-Three Stations of the Tokaido 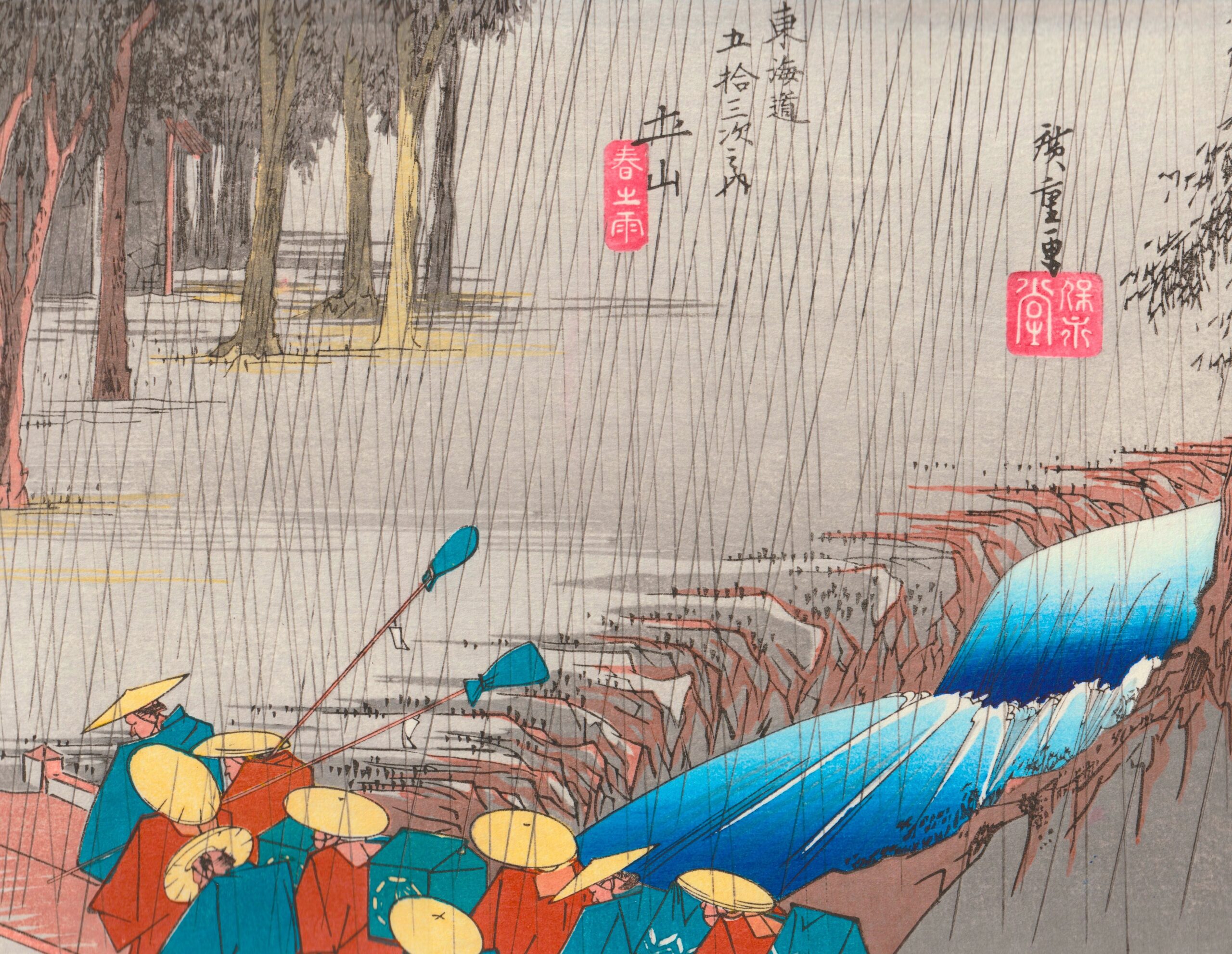