Manchester, VT, January 7, 2019—Southern Vermont Arts Center (SVAC) is excited to announce Anne Corso as its new Executive Director. Anne comes to SVAC from the Chrysler Museum of Art in Norfolk, Virginia, where she served as the Director of Education since 2012.

As Director of Education, she served on the Chrysler Museum of Art’s leadership team and was responsible for an Education Department of 5 full-time staff and more than 90 volunteer docents. She also provided oversight for the Museum’s Perry Glass Studio and its 15-person artist staff, as well as the Jean Outland Chrysler Library. In her time at the Chrysler, Anne led reinterpretation efforts in conjunction with the Museum’s renovation completed in 2014. She facilitated the successful move and reopening of the Library and led the Glass Studio through its expansion of both public and revenue-generating programs, its performance series, and its transition in leadership. She restructured and re-staffed the Education Department to its highest levels, fully integrating standards of learning into the Museum’s school programming, adding a component of community engagement that serves underrepresented audiences, and training a corps of 90 docents. Most recently, she spearheaded the opening of the Museum’s first interactive space for families, the Wonder Studio, which has garnered national attention in the museum field.

Prior to her tenure at the Chrysler, she served as the Director of Education at the Reading Public Museum in Pennsylvania from 2007 to 2012. There, she created the museum’s first Family Learning Center. From 2004 to 2007, Anne was Director of Education at the Delaware Art Museum in Wilmington. During her time there, she supervised a department of three full-time employees, 25 studio instructors, and over 50 docents. At Delaware, she also spearheaded several initiatives, including the design of the children’s education space, the creation of the museum’s studio art program, and the development of a visitor-centered digital storytelling tour to complement the museum’s $25 million renovation and expansion.

The arts have been Anne’s profession for two decades. In addition to her museum career, she has worked in a private art gallery, a regional art center, and a contemporary art center. Anne holds a B.A. in Art History from Rosemont College in Pennsylvania and a M.A. in Museum Education from the University of the Arts in Philadelphia. She is a popular speaker, panelist, and advocate for enhancing visitor experiences in museums. Her most recent publication is “Listening to Our Audiences,” a chapter in Engagement and Access: Innovative Approaches for Museums(Rowman & Littlefield, July 2015). In 2016, Anne participated in the nationally known Getty Leadership Institute for Executive Education program for museum leaders. She was also honored as a Woman of Distinction in the arts category from the YWCA of Hampton Roads in 2017 for her commitment to community engagement.

From Anne Corso, new SVAC Executive Director:
“I am very excited to come to the Southern Vermont Arts Center and build upon the great work done by the trustees and SVAC’s staff. The opportunity to work with such an outstanding regional resource and to engage new audiences is very appealing. With the support of the community, I look forward to building upon SVAC’s educational programming, unique performances and exhibitions, and activating its incredible campus. On a personal level, I have been particularly impressed with the warm welcome we have received already. My husband Tim and I look forward to making Vermont our new home.”

From Bob Van Degna, President, SVAC Board of Trustees:
“We are excited to introduce Anne to the Manchester and Dorset community as the new leader of the Southern Vermont Arts Center, especially as we plan for significant changes in 2019.  Her experience in the arts will provide important leadership as we Reimagine SVACby making this cultural jewel even more relevant to our entire community and our visitors.”

About Southern Vermont Arts Center
The mission of Southern Vermont Arts Center is to promote and nurture the arts. SVAC creates an inviting environment for the community to meet, enjoy, and participate in the arts through exhibits at Yester House and the Wilson; concerts in Arkell Pavilion; and workshops and summer camps. SVAC is situated on a beautiful 100-acre campus and expansive sculpture park in the heart of the Green Mountains. SVAC’s 2019 season opens in April with the annual Art From the Schools exhibit. 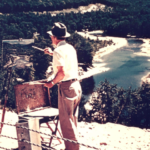 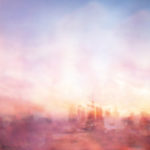 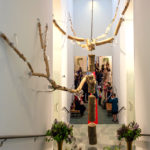 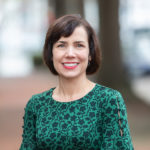